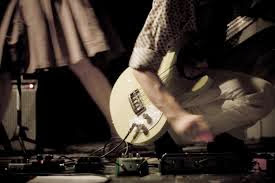 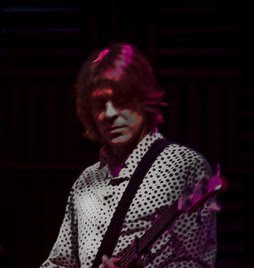 Here are some new photos, taken by our man in Pittsfield, Alan P. (for Pittsfield?) Hayes, at Joe's Pub back in November. Thanks Alan! I don't know what I was thinking with that Rebecca of Sunnybjork Farm outfit, nor, for that matter, Neill with that pajama shirt. But we played great, and the sound in the room and onstage was great, and Robin Holcomb was great, as were Tony Scherr and Doug Wieselman, who accompanied her. 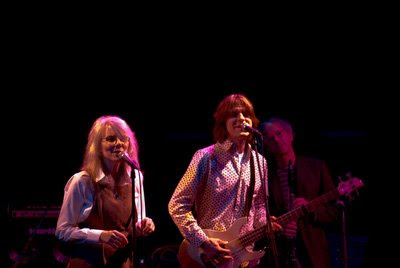 Wheezy, as I call him, played such a beautiful clarinet solo on Whoops Wrong Daisy, I do believe I saw tiny tears of joy forming in Neill's eyes. 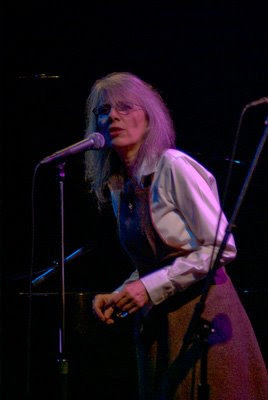 Anyway, to steal a line from the writer Terry O'Reilly, whom I interviewed the other week for the new Mabou Mines website (for which I am the writer), Flutterbox has gigs "lined up like hurricanes off the Florida coast," including a major Manhattan show, an opening set before John Kruth's multi-artist shindig marking the 40th anniversary of "Nashville Skyline" (to which we'll also contribute) at Le Poisson Rouge, or, as the musicians have taken to calling it, the Poison Fish, on April 25 and a select few songs about Death and Taxes as part of Emily Rubin's roving song and story series, "Dirty Laundry: The City Cycle," at the Ave A Laundromat on April 15th.

It all starts April Fool's Night at Barbes. Always hoping to see you....
Posted by Janine Nichols at 2:09 PM 2 comments: